Last week I published a post about slavery, mental or otherwise, following up a post I wrote the week before about poverty, financial or otherwise.

I struggled, last weekend, to put my thoughts into written words due to the intoxication of my new medicine. It cost me a lot of cognitive power as well as cognitive energy to convert my few and fragile thoughts into sentences that even gave any meaning. But I forced myself as I refused to let the medicine dictate what I should be able to do.

Today, my cognitive functions are better as my body has adapted a bit more to the new medicine and… Irony will it that I didn’t publish anything this weekend due to almost the exact opposite reason. My lack of publishing during the weekend came about with a form of analysis paralysis. I had way too many ideas and perspectives to be coherent in a single subject and it would either result in a very lengthy (yep, longer than the others) and superficial or shorter and meaningless post.

The increased complication of my thoughts resulted in the most simple solution: temporary in-action.

Temporary in-action is not too bad in itself and delaying gratification is a great concept which holds much value. Master procrastinators know this all too well. A lot of ideas mature really well because understanding also mostly matures quite well.

Last friday we had an awesome party celebrating my friend finalising his education and coming home. We ended up sitting in a big circle in the living room and taking turns telling slightly exaggerated stories from our childhood.

One of the themes was “terrible things we did because we did not know any better” and when I met a dear friend today that asked me what I had done lately I mentioned the party and the stories and some of the terrible things and she was quick to ask “Oh nooo, why would you do that as a kid?”. The only reason I could come up on the spot with was: “We had too much potent boredom”.

The keyword being potent because what I see around me today is that there seems to be far more boredom because people believe there is supposed to be more excitement and the way people handle the lack of excitement is to get their smartphone from their pockets. Which wouldn’t be an issue in my view if that boredom didn’t become impotent.

I struggle with impotent boredom all the time and I constantly try to resist not being on my smartphone. I try to boost the value of the impotent boredom and thereby justify time spent by synthesising everything I come across.

Which leads me only slightly near the thoughts I wanted to bring up so I think I need to just go on with it:

What’s the resolution of your fictive reality?

This question might sound very weird to you and that is partly because it’s not only preemptive but also oxymoronic in its premise.

Reality, however you may understand, view or think of it and what you hold to be real, doesn’t actually happen and we can’t remember or articulate it as it truly was.

So however you think of it, and what is real to you is not the same reality that others have. Neither are not necessarily wrong but aren’t exactly right either. And our perception of it also changes before, during and several times after we experience it.

The word nostalgia stems from the realisation that we apply more value to something than when we experienced it.

Resolution in this sense is the amount of variants you are willing to accept or how many are you capable of carry with you at the same time.

Most demand a yes/no answer. Or a true/false statement. That gives a resolution of 2 which is binary thinking.

Most of my thinking is binary till I recognise the binarity and force myself to expand.

We are raised to believe that anything can be quantified as either true or false.

Many will talk about “the other side of the story” as if there is supposed to be two, and only two, possible variations of reality.

This comes from the binarity of group-identity vs. individuals which I’ll save for another day.

Often group-identity will split people into thinking it’s either us or them and thinking such means that one group is a whole-fully benefactor of a fact and therefor the opposition which does not seem to benefit in any way has “the other side of the story”.

This gives a very superficial an un-nuanced perspective wherein one is the victim and the other is the offender although everyone involved can be everything in-between at the same time.

That is just a matter of how many variations you are willing to accept. Or how many you are capable of accepting.

There are at the very least as many realities of an event as there are observers of the event.

While facts are undeniable the premise of the fact can be argued about and it’s the premises about the facts that people have issues articulating or argue about.

Things that are true can also be not false and that doesn’t always mean the same. One can also be less wrong. Or more right. Or less right and more wrong. And all of those at the same time.

The spectrum is really quite as big as one is capable of maintaining at the same time… And the more you keep several possibilities in mind the harder it is to uphold any of them.

Quantum mechanics taught us this concept and while we are still trying to grasp quantum physics the concepts it brings continue to seem very unintuitive.

If something can be true, false, neither and both at the same time that is a resolution of 4.

Quantum-wise it seems that there is at the very least 3 variants of a physical state within the same timeframe.

If you apply time which means a change over a period and add different environments the many variants will quickly add up and that is not even touching upon the different states that matter can have.

One of my teachers asked me once, and my memory is so incredibly unreliable that I don’t remember the subject or the question that I only remember the event but know I replied with a provocative counter-question which was something a kin to: Maybe it’s because of the evolutionary benefits which has caused a physical and psychological difference between women and men?

My teacher told me that this could not be even remotely true as that is not how evolution works.

Years later not only did I learn that this is exactly how evolution works but even how Darwin described it himself.

My teacher was pretty smart and I was pretty dumb-witted at the time. But I wasn’t entirely wrong and my teacher just didn’t completely understand the concept of evolution that Darwin had developed.

Binary states are the fundamentals of computers. Everything breaks down to either a 0 or a 1 and they can’t be 0 and 1 at the same time.

But they can in quantum computing and quantum computers exists in many labs around the world. I, as a developer, can’t wrap my head around how that would work in practise but I look forward to play with it – should they become economical to mass-produce in my lifetime.

Many things that exists today was once an impossibility. Democracy was once a crazy thought. Abolishing slavery at the time it did did not seem viable at all.

16-hour-workdays being a farmer used to be the most optimal possibility till someone figured it was better for the society and individual at the same time to work closer to 8-hours-a-day.

Agriculture alone must’ve been viewed as witchcraft and insanely far-reached for the hunters and gathers that lived 14000 years ago.

There is one thing stronger than all the armies in the world, and that is an idea whose time as come.

How many things today is is not a matter of they are right or wrong but mostly because they were more efficient than what was before and that path often brings less wrongness – but that isn’t the case always, either. Sometimes things needs to become more wrong in order to become more right. 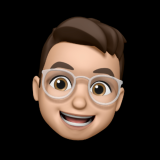